based in HMNB Portsmouth; in series 1 and 2 the
ship and crew were stationed offshore at an unnamed location known simply as “The Island“.
In series 2 this island was revealed to be owned by Lt Cdr Stanton.
It was produced by Alastair Scott Johnston.
Laurie Wyman conceived the idea and wrote the scripts (with George Evans from quite early on, but who was
not named until the 12th Series onwards).
For most of its run, it starred Jon Pertwee, Leslie Phillips, and Stephen Murray.
Programmes were self-contained, although there was continuity within the series, and sometimes a reference to a previous episode might be made.
A normal episode consisted of Sub Lieutenant Phillips, scheming Chief Petty Officer Pertwee and bemused Lt.
Murray trying to get out of trouble they created for themselves without their direct superior, Commander (later Captain) “Thunderguts” Povey finding out.
Scenes frequently featured a string of eccentric characters, often played by Ronnie Barker or Jon Pertwee.
The series used accents and characterised voices to supplement the humour, as well as a good deal of innuendo. 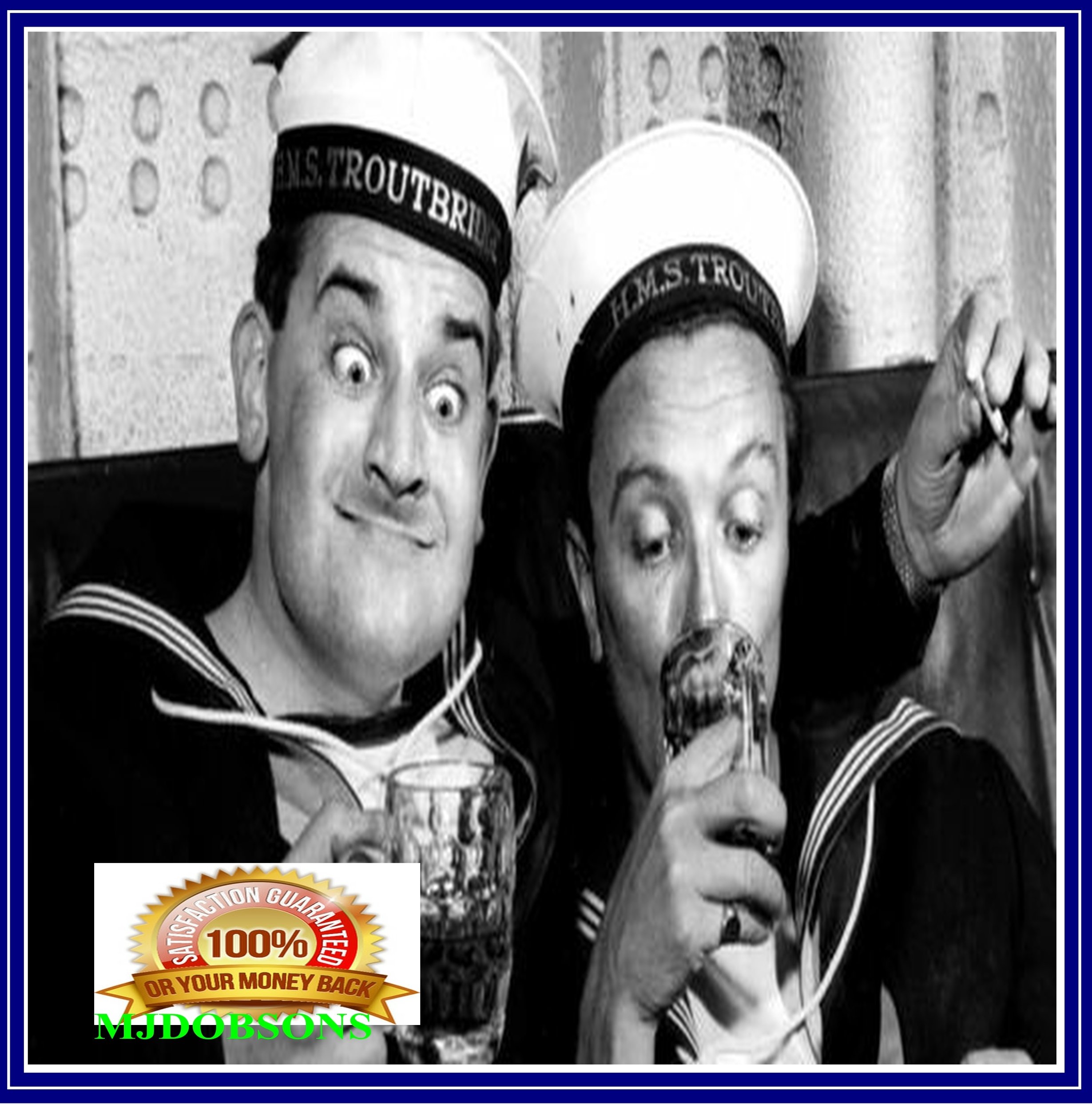 “Everybody down!” was a phrase of CPO Pertwee’s, necessitated by a string of incomprehensible navigation orders by Phillips, and followed by a sound effect of the ship crashing.
Also, whenever Pertwee had some menial job to be done, Able Seaman Johnson was always first in line to do it, inevitably against his will: “You’re rotten, you are ! “.
The telephone response from Naval Intelligence (Ronnie Barker), was always an extremely gormless and dimwitted delivery of “‘Ello, Intelligence ‘ere” or “This is intelligence speakin‘”.

served to cover all manner of unspecified objects ranging from foodstuffs to naval equipment.

NOT HD QUALITY THEY ARE ORIGINAL RECORDINGS