Photographic History of the 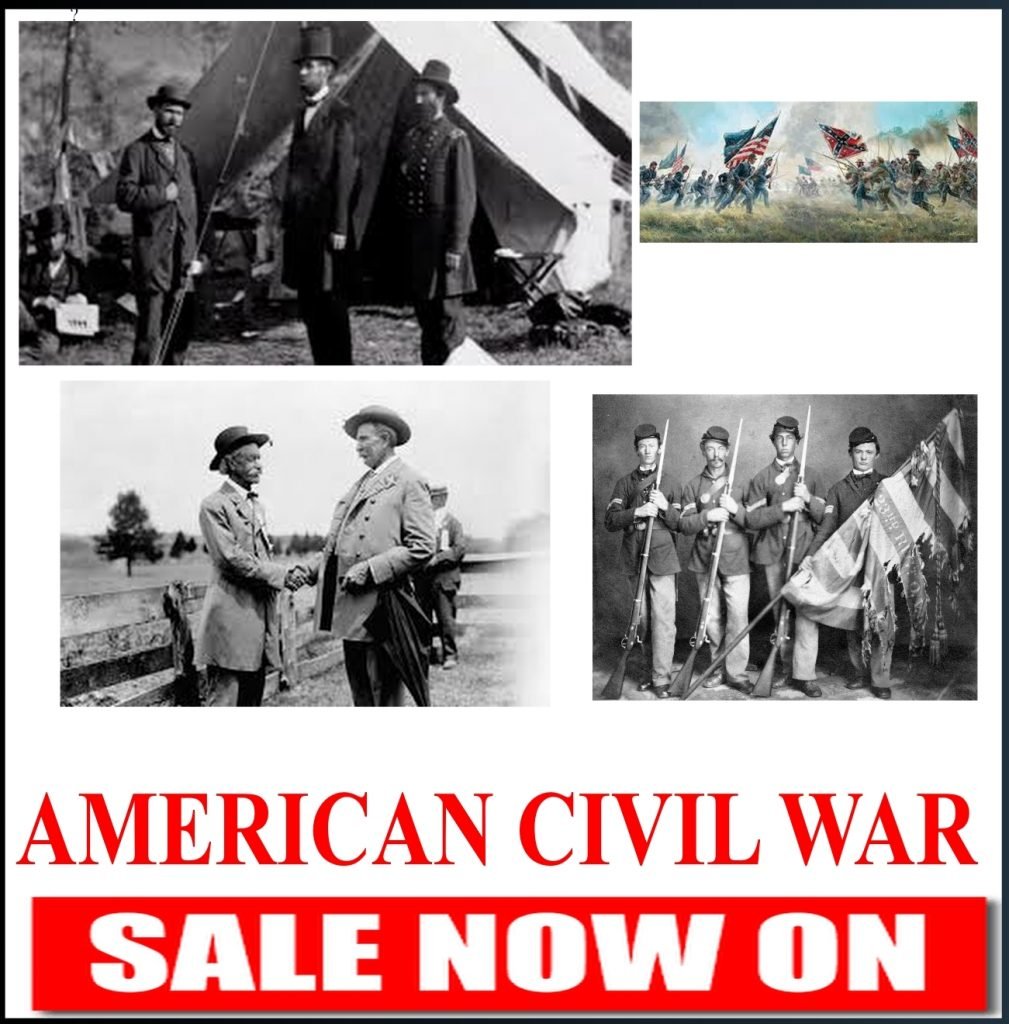 
Over 3500 pages with thousands of photographs.

Volume One – The Opening Battles

Volume Nine – Poetry and Eloquence of Blue and Gray

All these books have been scanned from original editions.

Battle-Fields of the South,

Bull Run to Fredericksburgh with sketches of confederate commanders, and gossip of The camps.

By an english combatant, Lieutenant of artilley, on the field staff. 517 pages

The Civil War Through the Camera

TOGETHER WITH ELSON’S NEW HISTORY OF THE WAR

“Being
a series of Brilliant and authentic sketches of the most notable
Battles of the Late Civil War, including many incidents &
Circumstances never before published in any form” by M. Quad

2 volumes with more drawings/pictures in these 2 volumes

by EDWARD A. POLLARD, Late Editor of the Richmond Examiner.

WAR PICTURES FROM THE SOUTH.

BY B. ESTVlN, COLONEL OF CAVALRY IN THE CONFEDERATE ARMY. No actual pictures, but a descriptive narrative 352 pages

The Photographic History of the US Civil War

Delivery
ALL ORDERS PLACED BY 2PM WILL BE SHIPPED THE SAME DAY
Returns
IMPORTANT:Please see our Terms for details.
Payment

DVD : Your item will be posted using the option you selected at checkout. You will receive a
New DVD or CD in a protected sleeve.

A: No the Box Image is for illustration Purposes only.

You will however receive a New CD/DVD with the item/s
as described in this ad.

A: Please use the Contact us link prior to the purchase